We are proud to salute Dick Harrell, drag racing pioneer and all-around good guy who earned the title of “Mr Chevrolet,” for his profound contributions to the classic car hobby and muscle car culture.

Dick Harrell was born in Phoenix, Arizona and lived there until he was 5 years old. He and his  family then moved to Carlsbad, New Mexico, where he resided until 1965. Cars were very much a part of Dick Harrell’s early life. Dick first gained racing acclaim in the Carlsbad area at the tender age of 14 where he became deeply involved with sprint cars. He began tuning and later proved to be a capable driver, racing throughout the Southwest. At age 17, Dick started driving jalopies on a dirt track near Carlsbad. By the early 1960’s, Dick Harrell was a racing champion, setting records left and right in Chevrolet cars that he had re-engineered himself. When General Motors discontinued its racing program in the mid 1960’s, most racers abandoned Chevrolet in favor of Ford and Chrysler models. Undaunted by GM’s decision, Dick Harrell continued racing Chevrolets even without factory support. During this period of time, if a Chevy was competing in a professional drag race, you could bet that Dick Harrell was probably involved. He was relentless against the bandwagon of factory-backed racers, forging his reputation and earning the nickname “Mr. Reflexes” among others, but no nickname was more appropriate than “Mr. Chevrolet.”

When the Camaro was newly introduced as a 1967 model, Dick Harrell teamed up with dealers such as Yenko Chevrolet to exploit the Central Office Production Order (COPO) process. Together, these early pioneers built the first COPO Camaro models, some of the most highly sought-after cars of the era. Dick Harrell then used his business skill and outstanding reputation to convince the American Hot Rod Association (AHRA) to create a special Pro-Stock racing class for these COPO models and they agreed, providing that 50 of each model were sold to the public. In 1969, Chevrolet took notice and enlisted Dick Harrell’s help with the development of the now famous aluminum 427ci big block V8 for Can Am racing. This very powerful, extremely lightweight engine was conservatively rated at 430 hp and would make the 1969 ZL-1 the quickest production Camaro to leave the factory for decades.

Dick Harrell solidified and built upon his reputation in the business world, but his passion for racing would never subside. As he continued his affair with the drag strip, he was always willing to share his love and knowledge of Chevrolet and drag racing with anyone and everyone who was interested. Unfortunately, on September 12, 1971, he lost his life in a crash during a race in Toronto, Canada, when a front tire explosion at 220 mph sent Harrell into a light pole.  In the aftermath of the tragic crash, speed-proven front tires were developed for funny cars to prevent similar accidents. Even in death, Dick Harrell advanced the course of drag racing.

On that unfortunate day, Dick Harrell left behind a wife, Elaine, and two daughters, Valerie and Kim. Valerie continues to keep the legacy of her father’s incredible career alive by operating a forum and website dedicated to her father’s memory. She has also been involved in projects that match the spirit of her father’s efforts such as the 427-powered Dick Harrell Camaro tribute cars built by GMMG of Marietta, Georgia in 2003.

Dick Harrell was recently inducted into the Don Garlits International Drag Racing Hall Of Fame, finally getting the recognition he deserves 39 years after that fateful day in Toronto. Today, we salute him as a true innovator, enthusiast and hero in the world of high performance racing and the automotive hobby.

Dick Harrell, the loving husband and father, is forever lost except in the private memories of his family and friends. “Mr. Chevrolet,” the racing legend behind everything that made Chevy the major force that enthusiasts know and cherish today, will live on in our hearts and minds forever.

Visit www.dickharrell.com for more information on “Mr. Chevrolet”. You can also visit Classic Industries for “Mr. Chevrolet” t-shirts and other items. 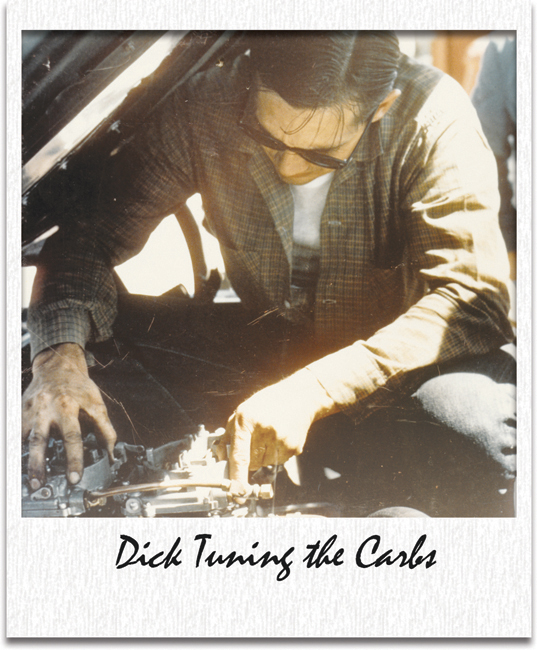 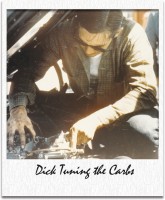 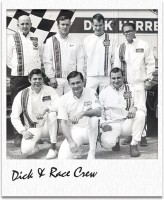 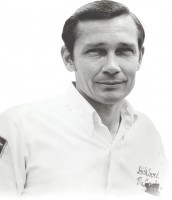 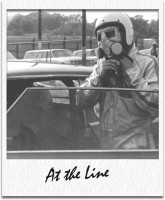 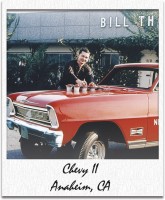 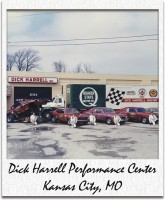 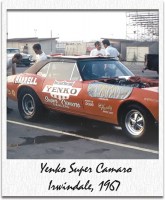